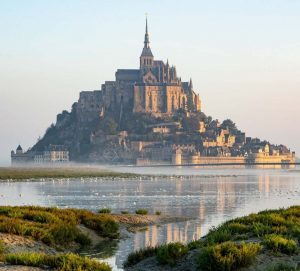 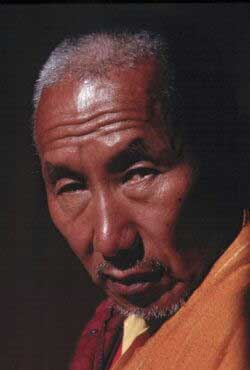 Over the past sixty years, thousands of trekkers and climbers have paid their respects to the long time Abbot of Tengboche Monastery, Ngawang Tenzin Zangbu. His title, Tengboche Rinpoche, refers to his status as a ‘precious one’ and revered reincarnation of the monastery’s founder. The Sherpa people venerated Rinpoche as a strong unifying force and spiritual protector of the environment and culture of the Khumbu Valley. [read more]

The Trip That Took Me

The Himalayas helped her find intimacy, faith, and reassurance.

I had my first tingly feeling when we were hiking up through woods from a 10,000-foot Himalayan pass to a monastery, and we passed soldiers in camouflage. I expected surprises in Bhutan, a Buddhist country about happiness more than money, and had been surprised by the trail’s red limbs with bulbous, mossy growths that seemed to reach out at me. But I hadn’t expected soldiers in camouflage. My guide, Pema, greeted them, “Kuzuzangbo la,” and continued on, signaling me not to ask questions, I thought, so I nodded politely to the soldiers and followed Pema.
The Trip That Took MeLarry Habegger2020-09-03T10:51:06-07:00

The best guitar maker in Cuba.

Three events—baseball, Pope Jon Paul’s visit, and the Elián González case—exposed Cuba to the American public far beyond the embargo. Yet it was the improbable success of a handful of aging musicians that exposed a Cuba few knew and expanded the country’s audiences far beyond its bashers or its cheerleaders. The musicians went by the name of the Buena Vista Social Club, their music came from the 1950s and earlier, and their appeal was resolutely apolitical. On a visit to Havana, the American musician and producer Ry Cooder, not finding the musicians he sought, teamed up with Cuban producer Juan de Marcos to produce an album of exquisite sounds from another era.

Little by little, his spirit expanded in harmony with the cathedral.
—Victor Hugo, The Hunchback of Notre Dame

She’s had many lives and here was the burnt offering of another.

Notre Dame’s lace spire sizzled and crumbled as it fell, and the gigantic hole it created became a cauldron. Flames, golden to orange to red, assaulted the lavender-tinged Paris sky, and smoke billowed in gray and white explosions. Silhouetted against glowing cinders, her bell towers stood dignified but unprotected.
Our Ravaged LadyLarry Habegger2020-04-17T22:47:20-07:00
Previous234Next